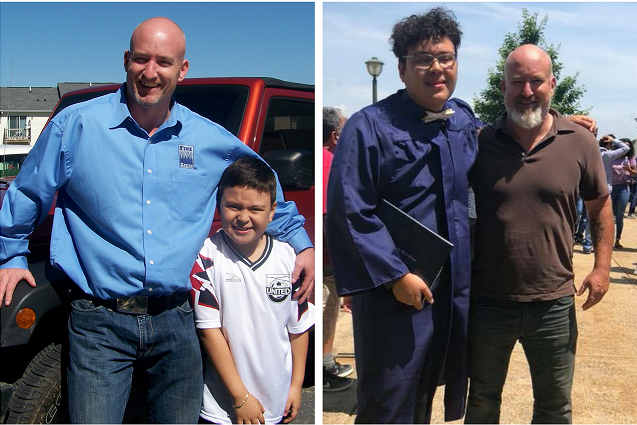 Little Brother Erik and Big Brother Chad Layman were matched in April 2009 when Erik was 8 years old. Erik’s mother wanted him to have a positive male role model who would encourage him in school and expose him to new opportunities. In just over nine years together, Erik and Chad formed a special bond and have walked through many of life’s transitions side by side. Chad mentored Erik through the challenging years of adolescence and helped him find his own path. Recently, Chad stood by proudly to watch Erik receive his high school diploma. Following in his Big Brother’s footsteps, Erik plans to attend James Madison University this fall.