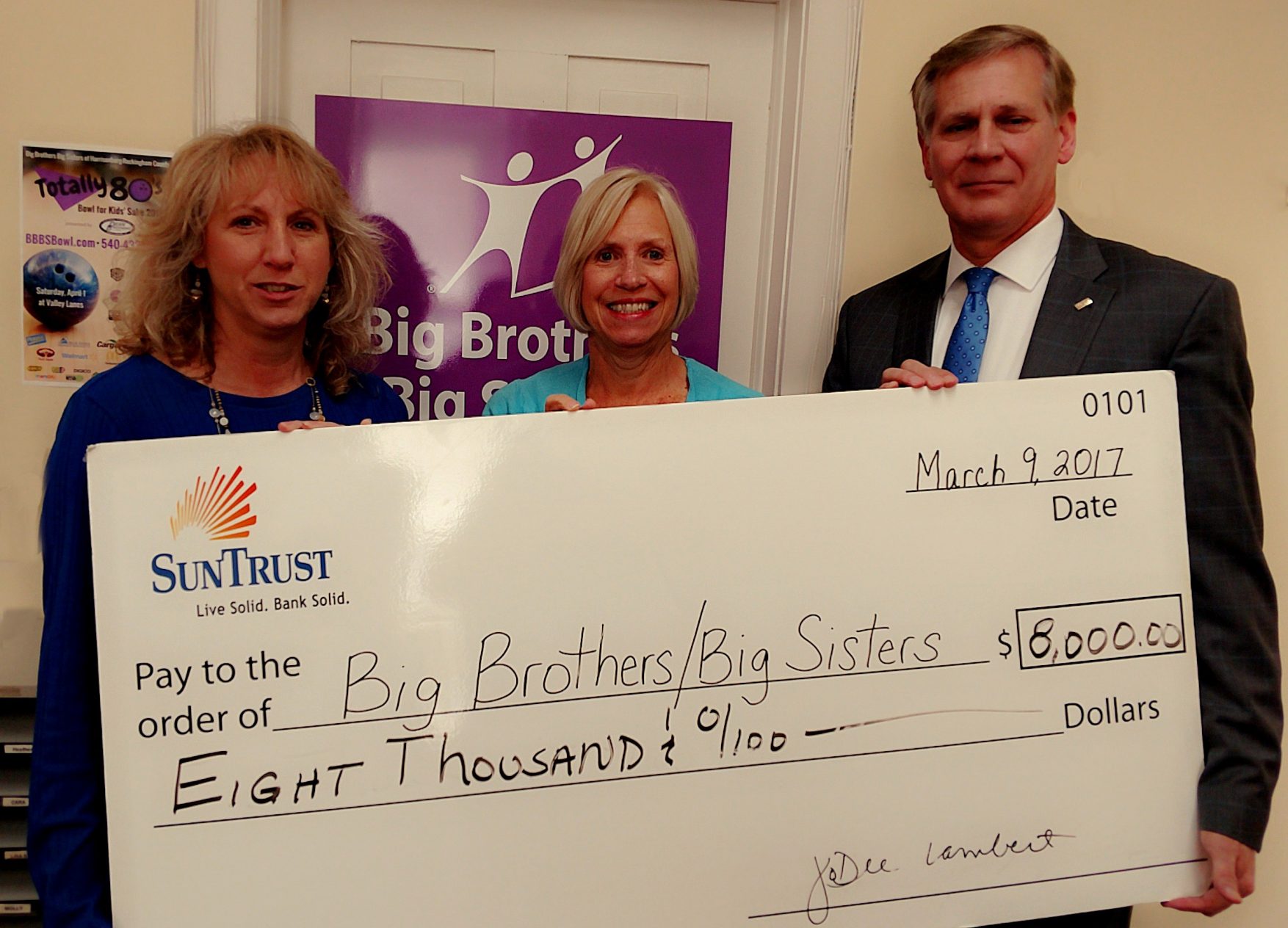 Photo: SunTrust Bank Assistant Vice President JoDee Lambert and Senior Vice President Craig Parrent present an $8,000 check to Big Brothers Big Sisters Executive Director Sue Totty at the BBBS office.
“This gift comes at a critical time for our agency,” explains Big Brothers Big Sisters Executive Director Sue Totty. “As federal funding becomes less available, we are so thankful to local partners like SunTrust who step forward to ensure that we can continue serving the children in our community who need us most.”
SunTrust has invested $20,500 in the school based mentoring program through annual contributions since 2013. SunTrust employees have also provided additional support by participating in Big Brothers Big Sisters’ annual fundraiser, Bowl for Kids’ Sake.
About the SunTrust Foundation
Helping guide, advise, and lead people along their road to financial security and wellness, or as we call it, Lighting the Way to Financial Well-Being, is what motivates us every day. And the end of that road is a Life Well Spent—a life of financial strength and confidence. A life free from the worries of financial burden.
That’s why the SunTrust Foundation has provided grants of more than $100 million to not-for-profit organizations focused on education, health and human services, and civic and cultural activities since 2008. Aligning with SunTrust Bank’s larger goal of creating a movement to overcome financial stress in the United States, the SunTrust Foundation is committed to helping people start along their path to financial confidence.
This purpose is what drives the SunTrust Foundation in our actions, investments, and goals in our communities and the country as a whole.*